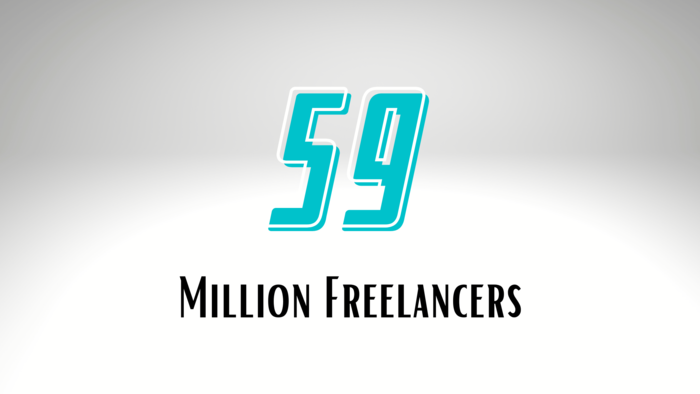 Upwork released the results of “Freelance Forward: 2021,” a comprehensive study of the independent workforce here in the U.S., which found that 59 million Americans performed freelance work in the past 12 months, representing 36% - or more than one-third - of the entire U.S. workforce.

The study found American freelancers contributed $1.3 trillion in annual earnings to the U.S. economy, $100 million more than in 2020. This growth was driven by an increase in the number of highly skilled, remote freelancers that left full time employment for flexible work alternatives. At the same time, there was a notable decline in temporary workers and a rise in all other types of freelancing combined. 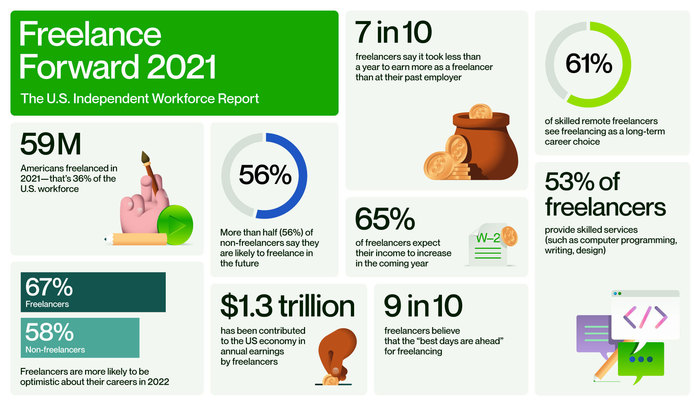 “Across the labor market, many professionals have had a realization about work and workplace preferences,” said Upwork Chief Economist, Adam Ozimek. “The traditional expectations of in-office, 9-to-5 workplaces have been tested and many professionals are opting for change. Freelancing has remained a stable part of the economy and less of a temporary option for many highly skilled professionals.”

“When the pandemic hit, I turned to Upwork to dip my toe into freelancing and quickly had more work than I could handle at a rate that I never thought I could achieve. This year, I will make much more money freelancing than I have ever made in my life in one year in a traditional job,” said Marcus Grimm, a marketing automation expert. “In addition to being more lucrative than the traditional roles I’ve held in the past, freelancing is enabling me to do things like take a three-week vacation with my family and volunteer for organizations that are meaningful to me. I can’t imagine ever going back.”